A story of wrestling with the beast of depression in Japan 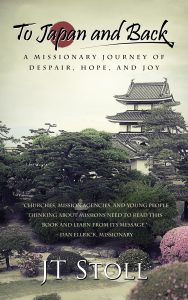 I served as a missionary to Japan from spring 2008 to fall 2009. During that time, I encountered depression, loneliness, and a questioning of what in the world I was doing. I also had some really funny happenings, experienced a lot about Japanese culture, and learned some big life lessons.

And I just published a book telling the story of all this. It’s called To Japan and Back, and you can check it out here:

Please take a glance at it. It’s quite an entertaining read, and it’s also quite an encouraging read, especially if you’re going through a rough season in your life.

Because honestly, when things are tough, I don’t need a story telling all of someone’s glorious accomplishments. I need a story of someone walking with me through a tough time.

If you want, check out some sample chapters here:

Check it out on Amazon. Thanks and bye.

Choosing Your Placement (Part 2 of 2) 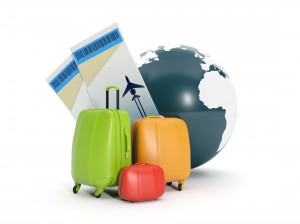 Alright, so we’re talking about making a wise decision in your initial assignment as a missionary. If you haven’t already, make sure to read the last post on this subject.

As I write this, I am humbled and reminded of my own limited experience and wisdom. I take my hat off to every missionary who has made it long term, especially if you’ve passed through a toxic situation. To everyone else, find what wisdom you can in my words and seek out other sources. Remember that in everything, the Spirit of God must lead you.

We’ve said that team is the most important situational factor, and a bad team can make a situation toxic. But there are tons of other potential problems like hostile locals, bad housing, lack of income, unclear purpose, and bad ministry strategy. I won’t go into detail on all these, because they’re harder to anticipate, and they can actually be the fire God uses to refine you into an amazing missionary END_OF_DOCUMENT_TOKEN_TO_BE_REPLACED

Choosing Your Placement (Part 1 of 2) 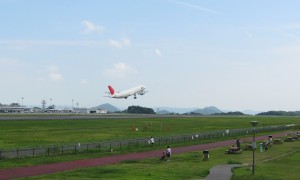 A couple I knew from California left with their infant daughter to work in Japan as missionaries with an established ministry in Okinawa. They went through the normal difficulties of adjustment, but they were doing pretty well. However, this man had a rare blood condition which could kill him if not managed correctly. The hospital in Okinawa treated it for a while, but the hospital eventually ran out of medication and refused to treat his condition unless the family paid something like $9000 for the meds.

They had to move to a larger city with better hospitals, so they went to Ibaraki prefecture, on the northern outskirts of Tokyo. An aunt worked there as a missionary. There, they had virtually no fellowship, little money, and an unclear vision about what they were supposed to be doing. During this time, the wife had an asthma attack that nearly took her life, and after months of prayer, they packed up their bags and left Japan for good.

This is a true story. I tell it for two reasons. END_OF_DOCUMENT_TOKEN_TO_BE_REPLACED

Here’s another installment of thoughts during my trip to Thailand and Japan. Japan has been amazing. God has opened my eyes a lot, and this entry is a big example of some of the attitude change I’ve been experiencing.

“Do everything without complaining or arguing.”

Japan is an amazing place. From the musical garbage trucks to the restaurants where sushi spins around on a conveyor belt, there’s no place quite like it. It’s one of the wealthiest, safest, most developed nations in the world.

And yet, foreigners love to complain about living here.

But God’s Word commands us to do everything without complaining or arguing. So, when we indulge in complaining, we sin. That sin replaces joy with discontentment.

In the church, it’s ironically easier to talk about fornication than complaining, because just about everyone indulges in complaining, even the pastor. And when you go somewhere as a MISSIONARY (big red text with an html blink tag), those “little” sins like complaining can eventually destroy your fruitfulness.

Let’s use Japan as an example (but remember these lessons apply anywhere, even if you never leave your home country). What’s there to complain about in this amazing nation, anyways? Well, I’ll hit on a few of the favorites.

Bruce, a heroic man in his eighties who came here as a missionary after fighting in World War II, once said to me, “You need a PHD to understand the Japanese garbage system.” Garbage is sorted into categories like burnable, non-burnable, plastics (like a Ziploc), PET bottles (like bottled water), aluminum cans, and toxics (like batteries). Each of these is picked up on a different day of the week, and some are only picked up once every month or two (like toxics). On garbage morning (which is about 4 days a week), you take your bag of trash out to the designated neighborhood garbage spot before 8 AM, but you can’t put it out the night before, because animals would get into it. Oh, and every town in Japan has different categories of trash. Some areas require your name on your trash bag, so that your neighbors can come yell at you if they see a plastic bottle in your non-burnable trash.

I think you can understand why foreigners love to complain about the Japanese garbage system. However, they have a garbage system, here! We’re not scooping everything into a pit and burning it with gasoline, sending toxic plastic fumes in every direction like much of the world. Garbage men actually come at scheduled times and take it somewhere far away! A person mature in thankfulness notes that latter fact. Because while it may be fun to complain about the garbage system, if you do, then it will really bother you the next time you find yourself running through the snow in your pajamas with a bag of rotting food.

Real estate is difficult, here. Renting is almost as hard as buying a house in America. Generally, you will pay 4-5 months of rent in fees to get into a rental. And you won’t get that money back. I could go on and on about the difficulties of rentals and real estate agents, but that would be complaining, I’m trying to escape. I’ve fallen guilty to complaining about this in the past, because I lost about $2500 in a bad rental decision I made. However, God’s Spirit has brought conviction, and by His power, I’ve decided to stop. I just hate walking around sullen and angry, so I’ve decided to forgive that real estate company and move on.

There are virtually no driers, here. Some Westerners complain that in a first world nation like Japan, they have to hang their clothes outside to dry. Whoops, it rained today, didn’t it?

But hold on for a moment! At least God didn’t call you to Africa, where parasites lay eggs in your clothes as they hang to dry, eggs which then get into your pores and can get infected. I mean, come on, you can drink the tap water in Japan! And when was the last time you heard of a case of malaria in the Land of the Rising Sun?

I’ll take a moment to say that there is a place for verbal processing. Sometimes, after the nosey 45-year-old woman next door comes and yells at you for 15 minutes because you took the non-burnables out on the wrong day, you just need to talk to someone. Not all processing is complaining, though it often turns into complaining. I’m not sure where to draw the line. But when you cross into sarcasm, you’re probably complaining.

Healthy processing should also lead to thankfulness. Your friend starts with the lady and the garbage. You lead them to the deeper issue of culture shock they’re going through. You end by praying together, forgiving the lady, and thanking God for her. Healthy processing looks like that.

One final example. Some people get really mad when they’re discriminated against as foreigners. Which causes them to get really sensitive about being discriminated against. Once, a friend of mine was trying to park her car when a parking attendant aggressively shooed her away from a spot in the front row. We felt pretty insulted.

Discrimination because of being a foreigner? Possibly. Or maybe he was saving a spot for someone or we missed a no parking sign, somewhere. However, when you’re used to people treating you like an idiot because you’re white, it can get to you after ten years.

But if you choose to complain about the way Japanese people treat foreigners, something is really, really wrong with you. Because anyone who knows anything about the Japanese people knows that they’re hands-down the kindest and politest people in the world. Granted, sometimes they treat foreigners badly. But if you’re complaining about the nicest people in the world, the problem isn’t with them, it’s with you.

Because complaining isn’t a reaction to difficulties, it’s a state of the heart. This is so obvious where in Japan of all places, people still find things to complain about. It goes from, “Gosh, I’m sure glad God didn’t call me to Africa.” To “What, you mean I have to hang my clothes to dry?” To “And they’re so dumb, they haven’t even figured out driers.”

And that last, condescending attitude will destroy your ministry. You will not stay angry at the lack of driers. Eventually, you’ll be angry at the Japanese.

The correct attitude to start out with is, “I will deny myself, take up my cross, and follow Jesus.” Which means, “I have no rights to anything.” Then, when God gives me an amazing blessing like a convoluted garbage service, I say, “Praise the Lord! This is more than I ever deserved.”

Thankfulness is one of those vital qualities for a missionary to have, wherever you go. The model of the Victorian Brit in the jungle with a bad case of malaria and a big frown is so 1800s. Get with the 21st century. And give thanks in all things. You’ll have enough challenges in ministry as it is.

So, I’m working on not complaining about the silly little quirks of Japan. As I do, I find myself loving this nation and these people so much more. It amazing how much better you can see when the sun burns away the fog.